Which? Calls for Fireproof Labelling on all Appliances 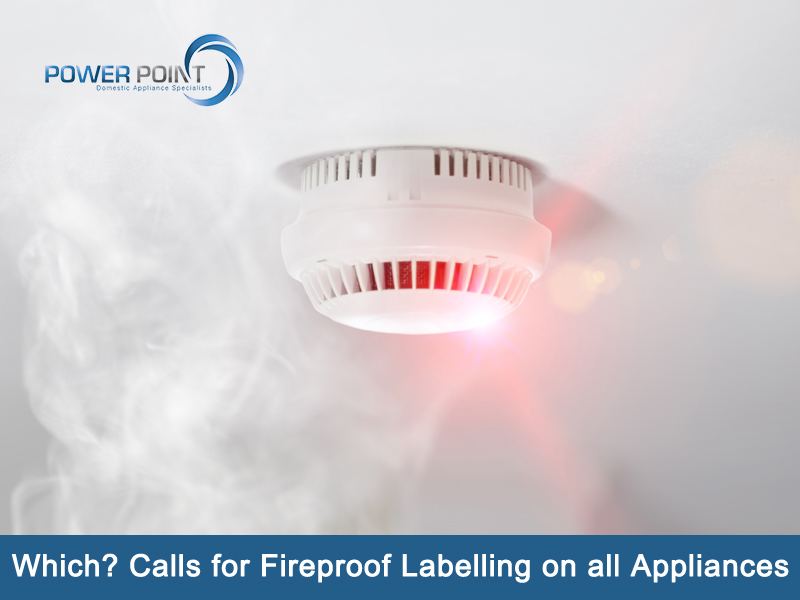 identify the appliances that cause domestic fires.

If they cannot decide what make of appliance it was, of course, then it is impossible to have the manufacturer issue a recall of the faulty fridge freezer, tumble dryer or washing machine.

Which? claims that of the 3,203 fires in the UK caused by faulty appliances between 1st April 2016 and 31st March 2017, fire investigators were only able to correctly identify the make and model of the product responsible in 33% of cases. In the previous three years they had been able to identify the product accurately in half of the incidents.

There is a simple solution, according to Which? and they have urged the Office for Product Safety and Standards to introduce it. They recommend all manufacturers adopt a system of fireproof labelling of their products, such as a small metal plate bearing a serial code. A similar system is already used as a vehicle identification number on cars.

They have the support of the London Fire Brigade and the BBC quoted their deputy assistant commissioner, Charlie Pugsley: “We have campaigned for years for white goods to be marked with the model and/or serial number so that even if an appliance is badly burned it can still be identified”.