Which is Cheaper – Washing Up by Hand or Dishwasher? 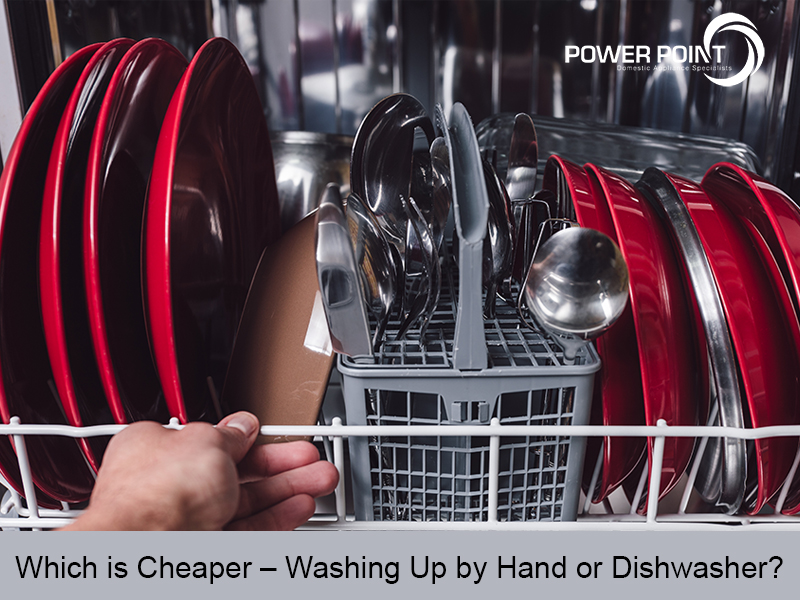 The reason the question crops up so often is because it doesn’t have a straightforward answer. It depends on so many factors including the size of your household, how often you wash up and the age and efficiency of your dishwasher.

Research carried out on 2007 and 2008 in 200 households in Germany, Italy, Sweden and the UK found that households with a dishwasher used an average of 50% less water and 28% less energy than those without one. Once again, though, other factors come into play such as whether the dishwasher was fully loaded and whether the hand washing was in a bowl or under a running tap.

In 2014, Telegraph Money wanted a more thorough analysis and asked the Energy Saving Trust to come up with a more accurate comparative.

They established that one cycle of an average dishwasher used the same amount of water and energy as six washing up bowls or running the hot tap continuously for six to nine minutes. The lower figure is for households that pay by water meter, the higher for those that pay by a rateable amount.

So their conclusion was that if you wash up by hand for more than nine minutes or use more than six bowls of water to wash up then you would save more by fully loading the dishwasher just once.

If you are in the Gloucestershire area and have been convinced by this evidence to purchase a dishwasher then give us a call on 01452 730874 or pop in and see us. You’ll have softer skin on your hands too!