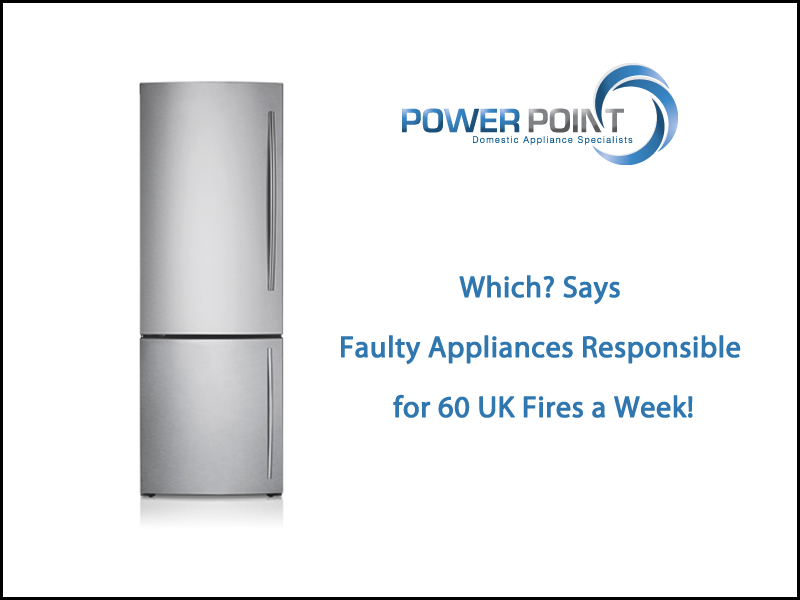 responsible for up to 60 domestic fires a week in the UK according to consumer magazine and website Which?

It claims that its analysis on data concerning fires, obtained via the Freedom of Information legislation, reveals that the number of fires has been at this level consistently for the last five years. It says kitchen appliances have caused some 16,000 fires since April 2012.

The consumer group added that government action to enforce the removal of faulty appliances from homes falls “woefully short”. The new Office for Product Safety and Standards, set up in January this year, has yet to declare how it intends tackling the problem.

The highest risk appliances were faulty washing machines and dryers, accounting for more than a third (35%) of the fires recorded between April 2014 and March 2016. Cookers and ovens accounted for 11% of blazes during the period, dishwashers 10% and fridges, freezers and fridge freezers 8%.

Which? has instigated an End Dangerous Products campaign, calling for a shake-up of the UK’s safety policies. In addition they have requested that the Office for Product Safety publish an action plan within three months.